How to Gain Muscle in Rehab with Tourniquet Training

Yes, you read that right.

An exciting form of advanced physical therapy called Blood Flow Restriction Therapy (BFR) has proven to be especially useful after a regenerative cell procedure to strengthen the muscles around an affected joint.

The way it works is quite simple: after partially restricting blood flow using a series of well-calibrated, inflatable Velcro bands (tourniquets), patients perform muscle contractions to increase the size, strength and endurance of healing muscles.

Its like lifting weights, but with tight cuffs on your arms or legs.

Heres what you need to know:

●      Repetitions should be slow, up to two full seconds for each positive and negative movement 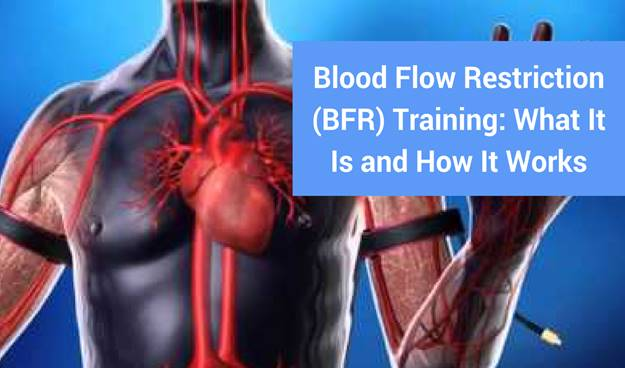 Our Institute is always on the prowl to find new regenerative technologies. More importantly, we are looking to combine these new technologies to add to our uniqueness. One newer technique that we are looking at is Blood Flow Restriction Therapy (BFRT). Blood flow restriction is becoming a new modality in the world of Regenerative Medicine, Sports Medicine, and performance enhancement. It is one of the hottest trends in this years Tokyo Olympics. Actually, it has been around for a while.

In professional sports circles, BFRT is becoming more and more accepted. The initial appeal for BFRT training was driven by studies demonstrating rapid increases in muscle size, strength, and endurance capacity, even when notably low intensities and resistances, which would typically be incapable of stimulating change in healthy populations, were used. The incorporation of BFRT exercise into the training of strength- and endurance-trained athletes has recently been shown to provide additive training effects that augment skeletal muscle and cardiovascular adaptations. 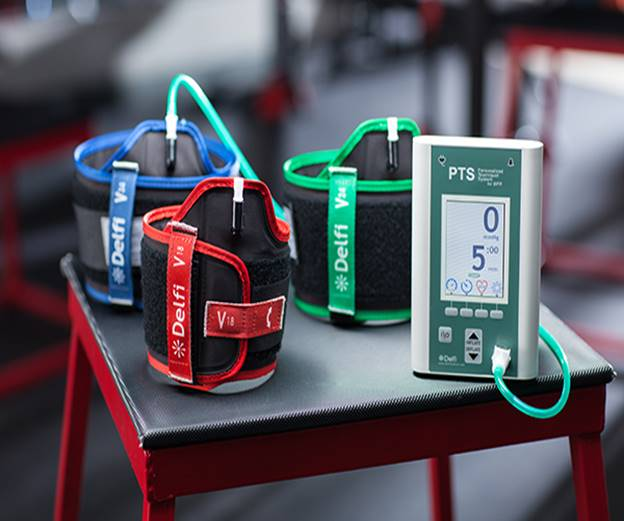 The above illustration shows the main tools for blood flow restriction, namely a series of tourniquets that are used during exercises. As we can see, the equipment is not extremely expensive or complicated.

Blood flow restriction is a training method partially restricting arterial inflow and fully restricting venous outflow in working musculature during exercise. This technique seems to have originated in Japan by Dr. Sato in 1966. This technique is called Kaatsu training which translates to training with pressure. The manipulation of blood flow in conjunction with skeletal muscle contraction has helped us with the physiological understanding of muscle fatigue, blood pressure reflexes, and metabolism in humans. BFRT and KAATSU training differ by only modifying blood flow rather than stopping it. KAATSU training uses expensive pneumatic tubes, cuffs and electronic monitors and requires a certified specialist to monitor you during your workout. Blood flow restriction solutions, such on the other hand, are simple to use and can easily be added to your workouts to maximize results. BFRT training allows you to adjust the pressure of the bands or straps yourself. However, it is still not recommended that one attempts this treatment on their own without first getting some guidance from a certified professional.

The following illustration is an overall synopsis of how to administer Blood Flow Restriction Therapy. I still recommend that this not be attempted on your own. One needs instruction in this technique. This is the practical aspect on how to do this therapy but the real question is how does it work? 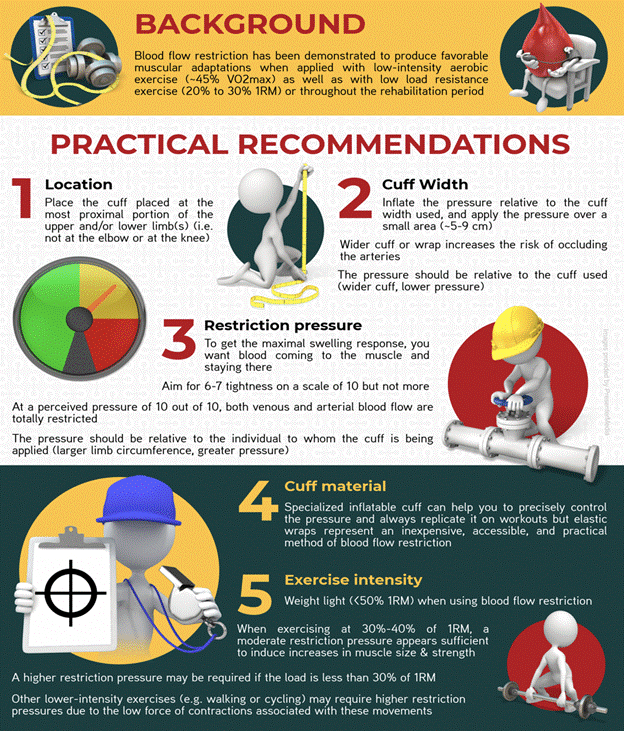 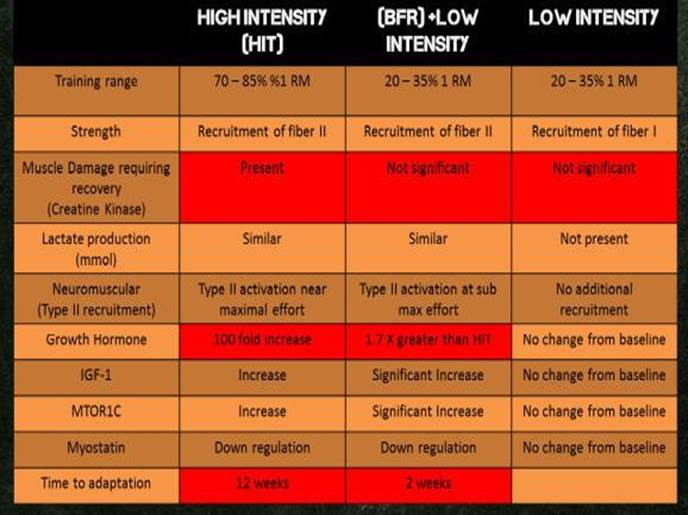 The initial appeal for BFR training (BFRT) was driven by studies demonstrating rapid increases in muscle size, strength, and endurance capacity, even when notably low intensities and resistances were utilized. These levels would typically be incapable of stimulating change in healthy populations. The incorporation of BFRT exercise into the training of strength- and endurance-trained athletes has recently been shown to provide additive training effects that augment skeletal muscle and cardiovascular adaptation. It has been generally accepted that muscle hypertrophy requires high-intensity training utilizing loads of at least 70% of 1-repetition max or lower loads until failure. However, there is mounting evidence that now supports low-load resistance training (20-40%RM) combined with blood flow restriction can similarly induce muscle hypertrophy and strength gains. What we thought we knew and understood about muscle cell physiology and hypertrophy has been turned upside down through blood flow restriction research. 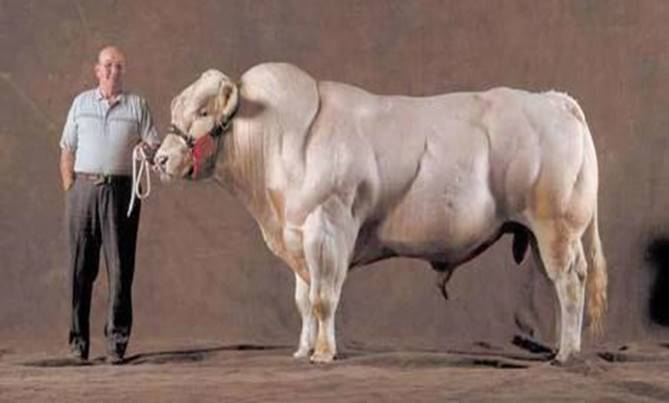 There is currently a great deal of research concerning myostatin blockers. A number of compounds are currently being studied but there is still no truly effective one.

MORE ABOUT THE BIOCHEMISTRY AND PHYSIOLOGY OF BFRT 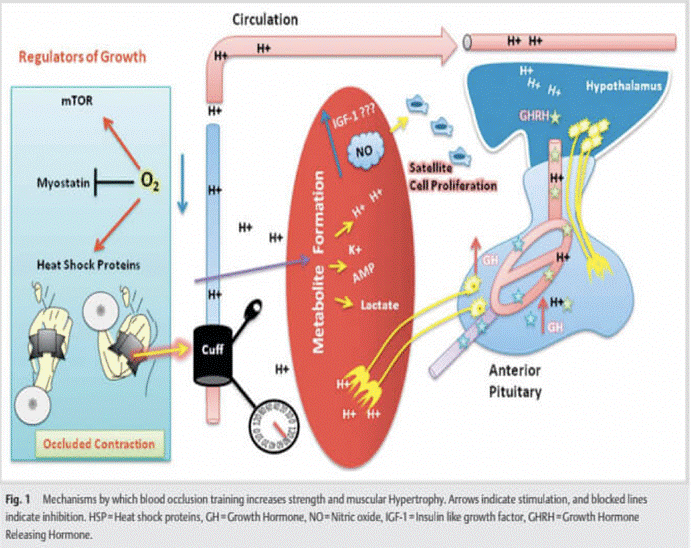 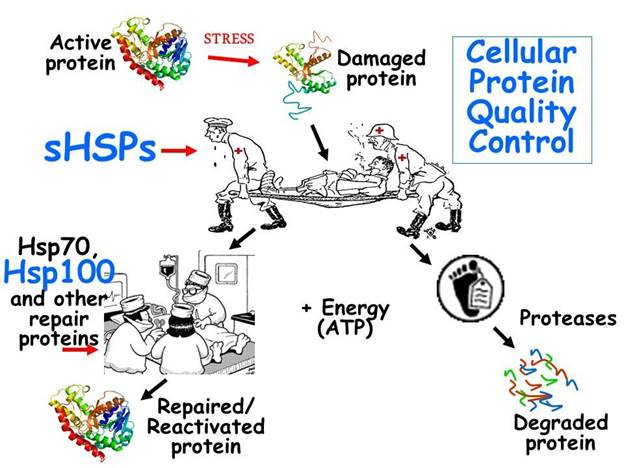 Another important aspect of BFRT is the generation of Nitric Oxide (NO). Nitric oxide is considered a signaling molecule in the body. It has implications in many different biological systems in the body. In the context of BFRT, the NO will have direct effect on muscle growth. It will also stimulate the blood vessels and cause them to dilate eventually increasing the blood supply. The illustration below gives us an idea of the importance of the Nitric Oxide molecule. In our clinic, we recommend the use of supplemental Nitric Oxide stimulators. By far the best one out there is Neo-40. 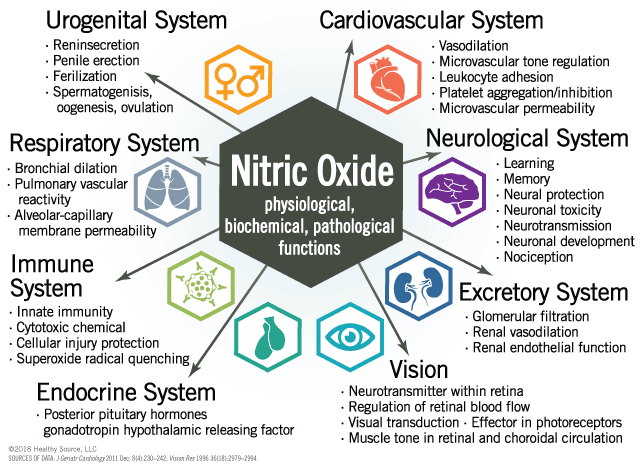 Another regulator of growth to consider is called the mTOR pathway. The mTOR pathway integrates the input from upstream pathways which are dependent upon insulin and other growth factors such as IGF-1 and amino acids. The mTOR pathway also senses cellular nutrient, oxygen, and energy levels. It is a very important pathway when it comes to cellular growth. One must realize that the m TOR pathway is both good and bad. In some instances, stimulation of the m TOR pathway may speed up aging. In controlled circumstances, mTOR pathway may be beneficial. It will definitely contribute to cellular growth. But this can be a double-edged sword. We must remember that when we are concerned with anti-aging we wish to block this pathway with the mTOR inhibitors. Cellular growth speeds up aging. 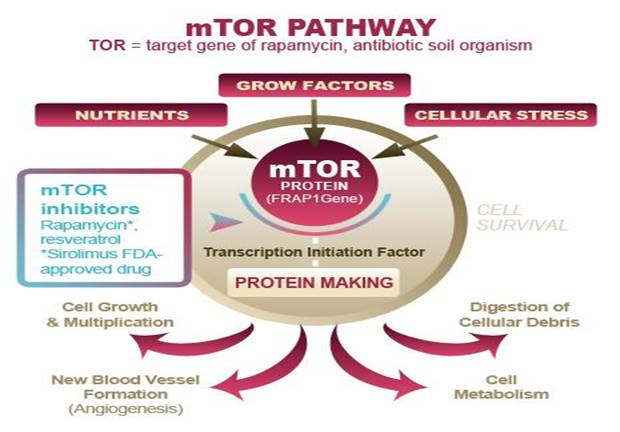 WHAT IS THE PHYSIOLOGY INVOLVED IN BFRT?

In the case of BFRT, muscles are exercised to fatigue in an environment that prevents (temporarily) the flushing out of metabolites, and thus providing a metabolic environment more prone to stress signaling, low oxygen etc. There are a variety of physiological mechanisms thought to provoke a hypertrophic response in skeletal muscle following BFRT. Although the exact mechanisms of BFRT are not completely known, most evidence alludes to a muscle cell swelling response and an indirect effect of metabolites. This will instigate an increased muscle activation through fatigue. Regardless of the initial signaling mechanism, the intracellular environment should favor a positive protein balance for muscle growth achieved by an increase in muscle protein synthesis, a decrease in muscle protein breakdown, or both.

The proposed mechanisms of occlusion in BFRT indicate there are increases in blood lactic acid levels and alterations in blood pH similar to High Intensity Training. Lactate is typically a waste product produced by muscle metabolism in low oxygen situations. The increased lactic acid will stimulate increases in serum growth hormone which in turn promotes collagen synthesis for tissue repair and recovery. Ultimately, this results in muscle satellite stem cell proliferation. Skeletal muscle satellite cells are considered to play a crucial role in muscle fiber maintenance, repair and remodeling. Satellite cells are precursors to skeletal muscle cells. They are essentially a muscle stem cell. They have the potential to provide additional myonuclei to their parent muscle fiber, or return to a quiescent state. In response to mechanical strain, satellite cells become activated and produce muscle. BFRT will increase the number and activity of satellite cells.

In the above schematic of the muscle stem cells, BFRT increases the number of satellite stem cells thus increasing the number of muscle fibers. The following illustration demonstrates the various conditions which diminish muscle fiber generation. These conditions, such as diabetes, obesity, etc. can be benefited by BFRT. 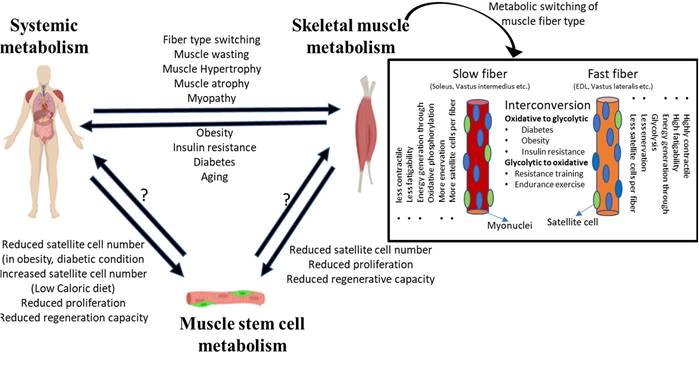 The technique of BFRT in the muscle using a pneumatic tourniquet system involves applying an external pressure, typically using a tourniquet cuff, to the most proximal region of the upper and/or lower limbs. When the cuff is inflated, there is gradual mechanical compression of the vasculature underneath the cuff, resulting in partial restriction of arterial blood flow to structures distal to the cuff, but which more severely affects venous outflow from under the cuff that is proposed to also impede venous return. Compression of the vasculature proximal to the skeletal muscle results in inadequate oxygen supply (hypoxia) within the muscle tissue. Furthermore, the diminution of venous blood flow results in blood pooling within the capillaries of the occluded limbs, often reflected by visible erythema. For safety purposes, its important to understand were not cutting off blood flow all together for extended periods of time, which is foolishly dangerous. For the most part, were applying heavy circumferential compression. This is the reason why one should not experiment on ones self. The following is a good synopsis of BFRT: 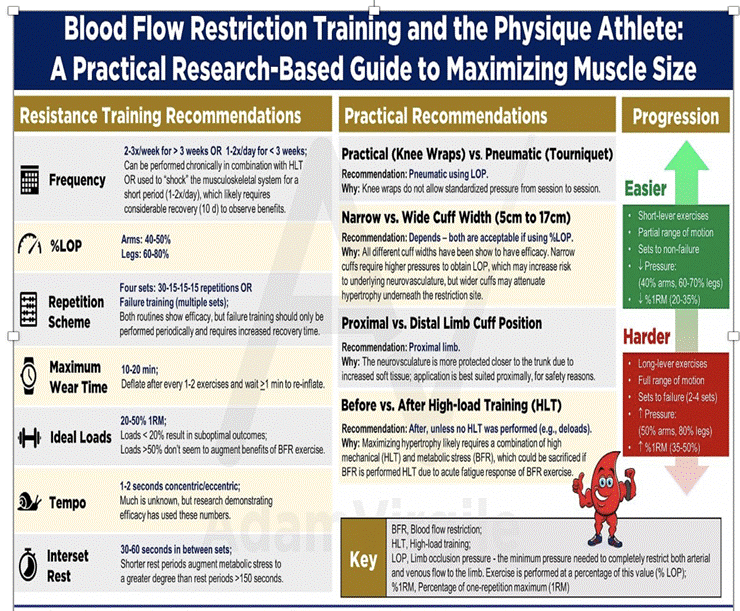 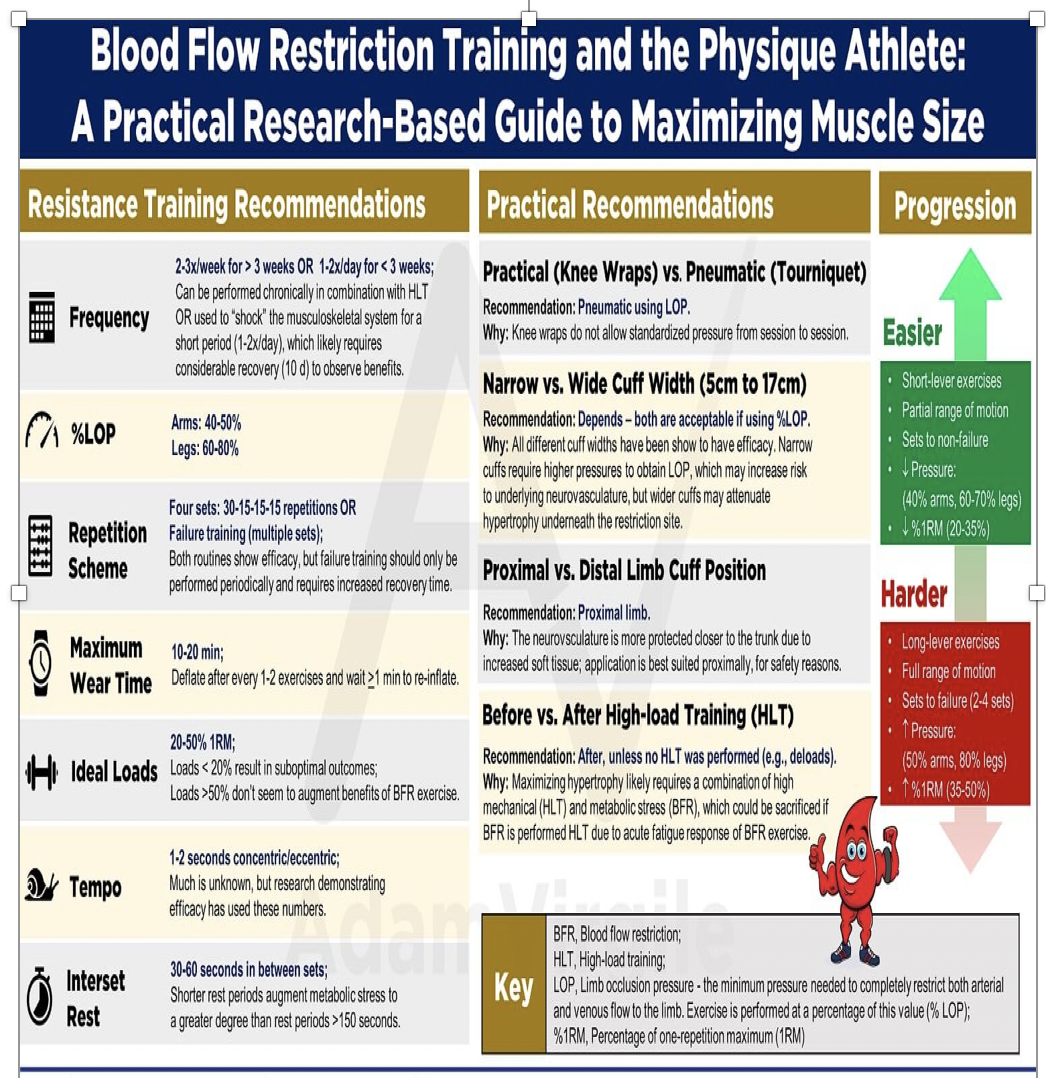 As of now I am not aware of any restrictions from professional leagues or the World Anti-Doping Agency concerning BFRT. There is little if any doubt that this technique will improve performance.

There is no doubt about the validity of BFRT and how it will benefit and change the practice of Regenerative Medicine and performance enhancement. As time goes on, it will have even more influence as it is combined with other modalities. We will start utilizing this therapy and will hopefully make it an intrical part of our new state of the art facility which we expect to move into early next year. What will make this more unique is that we will combine BFRT with other modalities such as Hyperbaric Oxygen, Ozone Therapy (EBO2), Xenon Therapy and a few other modalities. Our new facility will be a one stop state of the art facility like nothing else around.