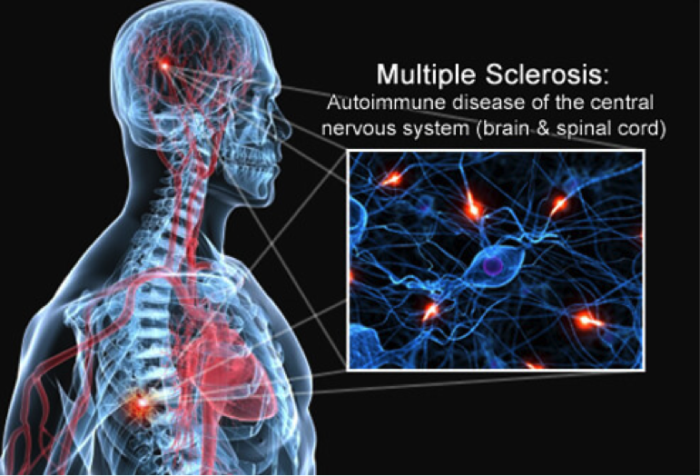 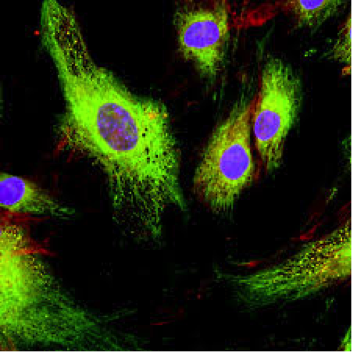 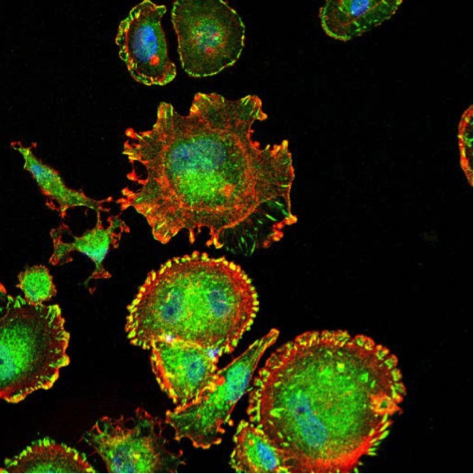 Glioblastoma Cancer Cells Researchers from the University of North Carolina-Chapel Hill have conducted successful experiments to use Stem Cells as a Cancer fighting tool for an aggressive form of brain cancer. Glioblastoma is one of the deadliest forms of brain cancer, with a median survival of less than 18 months. Currently available treatment options such as surgery, chemotherapy and radiation are generally unsuccessful. The researchers, led by Dr. Shawn Hingtgen from the department of Neuropathology at the University of North Carolina-Chapel Hill, had inserted human Glioblastoma Cancer Cells into mice. As a next step, the same patient’s skin cells, called “fibroblasts” were converted to Nerve Stem Cells (h-iNSC). This process, by itself, is revolutionary and involves specific, recently discovered proteins, called “transcription factors”. These factors can literally reprogram a patient’s skin cell in the laboratory into a fully functional Nerve Stem Cell, which can then be delivered back to the patient. The process takes only a few days. In the case of this study, the Nerve Stem Cells were also genetically programmed to track and destroy Glioblastoma Cancer Cells. The study results showed that the specially programmed Nerve Stem Cells were highly efficient at tracking killing the Cancer Cells. The Glioblastoma tumors shrunk 250-fold over the course of 3 weeks, which by itself more than doubled the survivor time. In a related experiment, Dr. Hingtgen and his team used the same Nerve Stem Cells to deliver an additional drug to the Cancer Cells, which further improved the treatment. The team from the University of North Carolina-Chapel Hill believes that the finding are so convincing and groundbreaking that human trials are only one or two years away. They fully recognize that new treatments for patient afflicted by Glioblastoma are desperately needed. Neural Stem Cells show great promise. Neural Stem Cells derived from Skin Cells
Read more
There are no results that match your search criteria
Please type to search blogs.